Down sizing - tanks and gear for sale

After over 50 years in the marine aquarium hobby, I’ve decided it’s time to down size. I have several tanks I’d like to sell, including a 90 gal corner overflow tank with a wet/dry filter system and a 75 gal corner overflow with a custom built 30 gal sump with a nice oak stand. I also have a 65 gal corner overflow tank with a 40 gal custom sump, a 46 gallon cube tank that I used as a refugium on the 90, and several smaller tanks like 46 gal bowfront and 29 gal tanks. Along with the tanks I have quite a bit of nice rock, most of which is well seasoned. I’m willing to sell this stuff at a very reasonable price to anyone interested. Like $100 for the 90 and sump, and $225 for the entire 75 gal set-up, including some rock.

Hi, do you have any photos?

At the moment I’m having some issues with my camera, but I’ll see if I can find some old pictures of the tanks, and work on the camera issue. Are there any particular tanks your interested in? Note that I have quite a bit of gear like pumps and skimmers that will go with the tanks. Like the 75 gallon set up includes the tank, stand, sump, pump, and skimmer as well as the plumbing. And I probably have a heater and some Hydor circulating pumps that I can throw into the package as well as some nice rock.

Here is a picture of the 75 gal set up taken a few months ago. Not the greatest, but it gives some idea of the oak stand and sump. I’ll try to get some better pictures tonight or tomorrow. 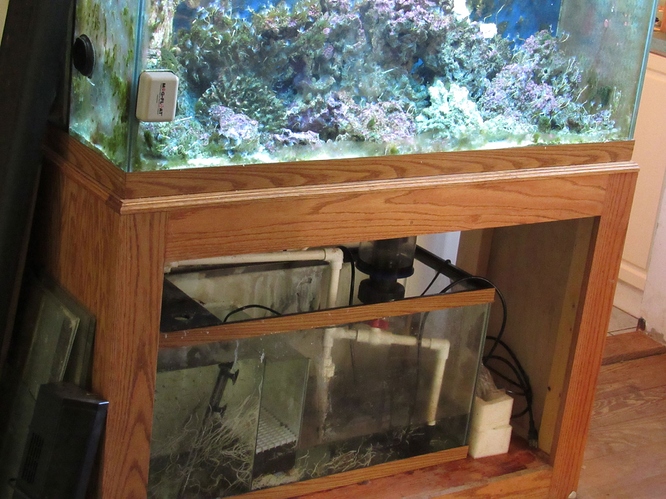 Here is a better picture of the 75 gallon tank, stand, and associated equipment that comes with it. Also a picture of the 90 gal tank and some of the rock I have available that I’ve stored in it. You can also see a bit of the 45 gal cube tank next to it that is also filled with rock.

I really would like to get rid of this stuff, so no reasonable offer will be refused. By the way, I live in York County, PA about 15 minutes north of the Conowingo Bridge on US 1. 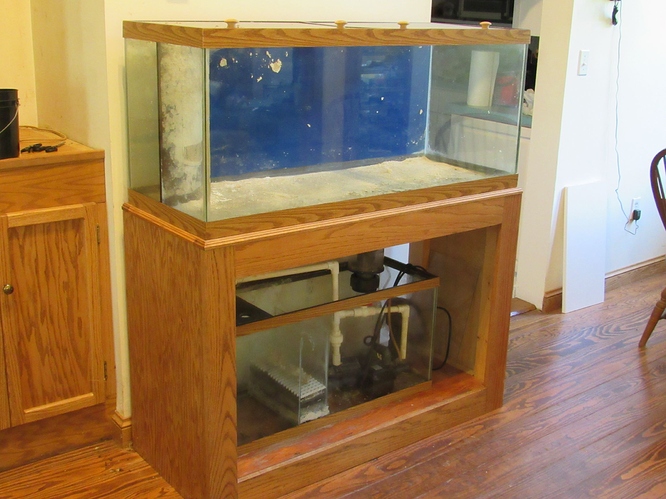 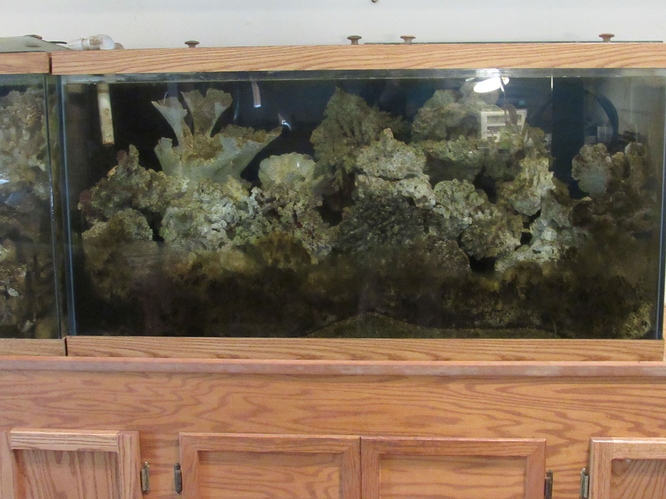 I’m not exactly sure what you are referring to in regards to the type of drain. The tanks are all made by Perfecto as sold by That Fish Place with no modifications. The holes are drilled in the bottoms of the tanks, so I suspect they are not tempered glass. At least not the bottoms. If you want more information, let me know.

I’d really like to move this stuff out and see it go to a good home, so if you are interested make me an offer. I’ll throw in a lot of nice rock and to anyone who buys a few items.