I had a uo grade and went from iphone to droid htc m8 blahhhh LOLLOL.

Bummer! 1 more month and the new iphone would be out

My son dropped it in the salt bucket. GolfC

Love my Galaxy S5. I have an Iphone for work. S5 blows the Iphone away

Lg g2 here. Couldn’t be happier after I had the 4s.

I just got rid of my iPhone and got the note3. Way better then the iphone!!! Only thing I don’t like is all the pop up advertisements it has and the apps it comes with that can’t be removed. Camera is way better and it seems to be way faster.

Waiting to see what iPhone 6 has to offer. I like gadgets so the one with more stuff is what I’m going with. I have Galaxy S4 right now and I like it.

With 3 hrs of work to the phone all I am missing now is it waking up and displaying the mms on the screen.

That’s not a fair comparison, you are all comparing a phone that is a full year or more newer than the last iPhone you used.

That would be like comparing an iPhone 5s to a galaxy S2 or S3.

Compare an S5 to the new iPhone if you’re going just by hardware, the S5 could still be better on paper.

Anyone play with an Amazon Fire Phone yet?

I phone is best. It set the standard for smart phones all copied it. They all are nice but wouldn’t exist if I phone didn’t set the standard. I will stay with I phone. But it’s a conspiracy that you updates make your old phone slower. It’s been happening for years. Just to make you need a new one. Conspiracy!!!

I will say that iOS7 shouldn’t have been available for 4s everyone I know that put iOS7 on had issues!

Windows CE and Blackberry were the first real smartphones not IPhone…

But as far as which is better now, it’s more like Ford vs GM there is nothing that one can do that the other can’t for the most part. There are even hacks to make your phone look like the other.

True but blackberry had a tiny screen and windows is a joke ha ha. Just talking full screens good touch screen sets not smart phones in general. Now all phones have big screens

This all great info!! But what i would like to know is, If and When i get my first , real, grown up smart phone, what’s the best option for security, ease of use and reliability of service? One of these days i have to trade in my ET Phone home prepaid trac phone and get a real devise. Soooo~~~ I-PHONE or Heavens to Merca - DROID???

I want a real phone, some day.

Showing your age Ken. I forgot the name of the cartoon character that said that, Heavens to Merca - tron, correct??? it has something to do with car racing.

Mergatroyd, it was snagglepuss.

More than you know… 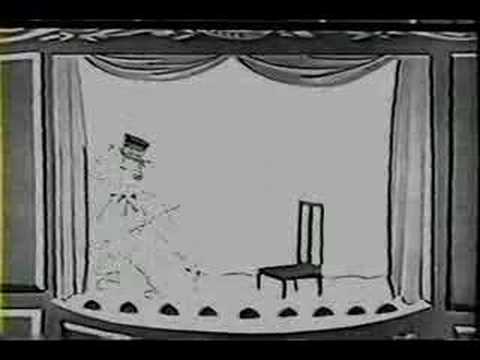 Or was it Burt? 'Heavens to Murgatroyd' - the meaning and origin of this phrase

The meaning and origin of the phrase 'Heavens to Murgatroyd'.

it’s old, lets leave it at that