Well, here’s something new for me… my two montipora caps went from beautifully vibrant yesterday to nearly completely bleached out today. Also the favia (?) that I got from @MarineMike5 years ago is sloughing off tissue. No other corals are affected. LPS, SPS, softies, nems, clam all look totally fine with great polyp extension.

Did my first tests in ages. So long that many of my tests are expired

. That said params all look OK.

I’m doing a 10% water change right now. No idea what happened. Temp and pH are both stable too.

Edit: no additions in over a year. No dosing, just kalk in my ATO

I can always tell when my phosphates are going up because my monti caps were the first coral to lose there color.

Didn’t test phosphates. I’ll do that.

Came back at zero.

Not sure why I didn’t think of it last night, but I added a bag of carbon this morning. Just in case.

Is your thermometer accurate?
Has your alk always been that low?
pH? Nitrate? Phosphate?

Thermometer could be drifting but it looks solid to me. This big dip is the water change yesterday.

Everything looks the same today, which I guess is a good thing. The death on the favia has stopped growing and nothing else seems affected. The monti caps are still bleached out.

Still holding at this point. I think the monti is dead. There’s algae starting to grow on it. 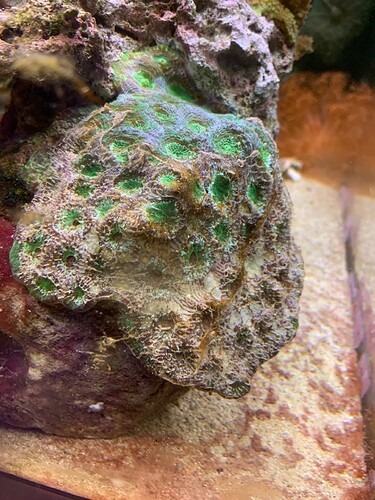 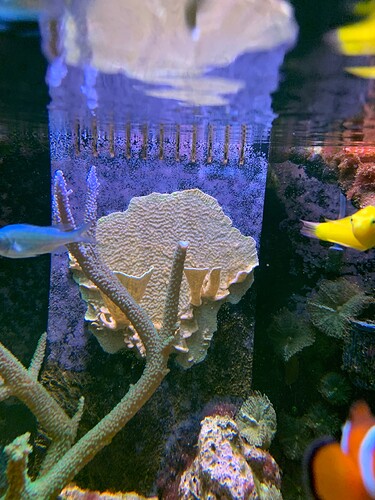 We’ll just as quickly as it showed up, whatever it was went away. I would have said this Favia was done for, but today… (forgive the floating yuck, I just cleaned the glass to take the pics) you can see the polyps that had a rough go versus the ones that were spared 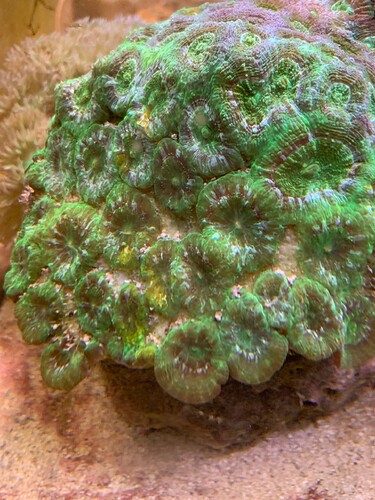 The monti is even coloring back up again 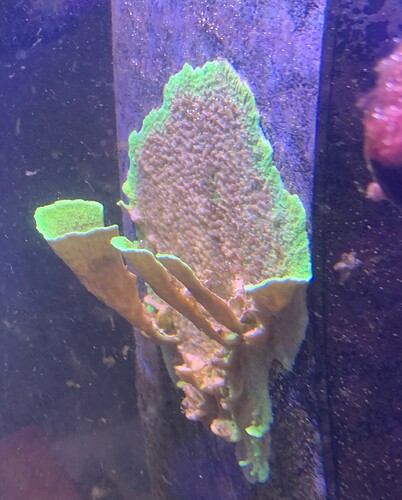 It is so bizarre. I have no idea what caused this. The only actions I took were:

Hmm, anything new in the environment like cleaners or sprays?

Well, looks like everything will come back to where it was. Got some awesome new orange on the favia. 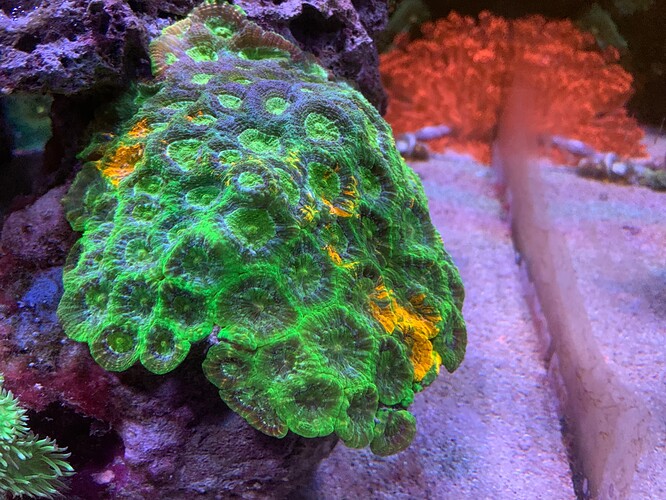 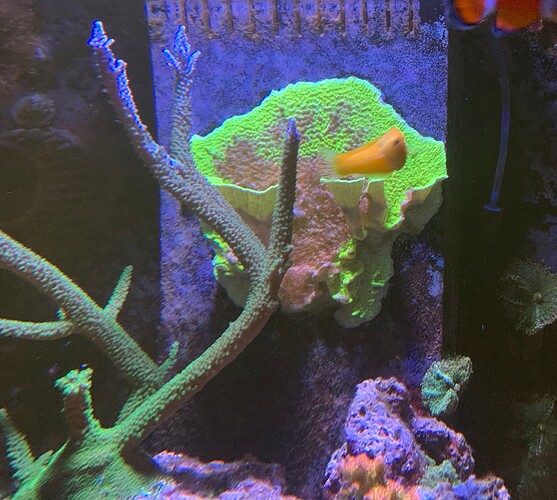 Nice recovery. I remember the orange part on it before we fraged it up. Your peice seams to be the only one that has that extra color.

In a situation like this I would run an ICP test just incase. I have seem similar sudden bleaching from excess heavy metals in the water. This can come from a bit of rust falling in the tank from hinges on the aquarium stand or a screws falling in the tank. Could also come from a failing piece of equipment or a contaminant in salt/additive/food/other.
Running activated carbon and doing a 10% water change could help bring things back to a safe enough level the corals can recover.
If you haven’t run an ICP test in the past be warned it is not wise to overreact based on a single test and change everything(especially if everything is not currently broken). That is to say if your tank is looking good do not make drastic changes just because an ICP testing company says to do so. It can be very usually information though.

I thought about sending an ICP test in. I have one sitting here from ages ago that I bought when they were on sale. I’m more of a, small changes and wait, kind of reefer. I did an ICP test before and wound up chasing ghosts which made things way worse in my tank.

I do think I’ll get back into doing water changes on some frequency. This was the first change in probably 2.5 years.

If you do decide to look at ICP I would be happy to look at the results and help advise.